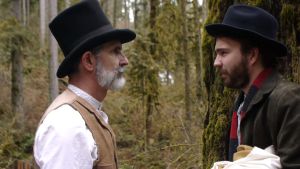 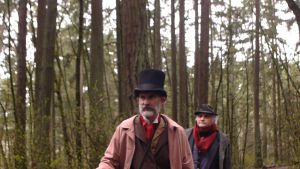 Paul Bright and Jonas D. Israel slog up the muddy hillside to their new home.

Now onto the Second Unit work. And there’s a lot to film:

Watch for full scene excerpts and the film’s trailer in April!!